How to use the centrifuge tube 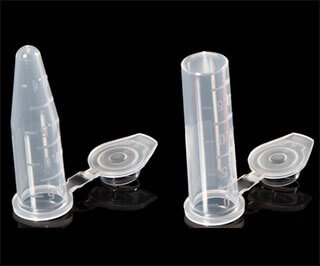 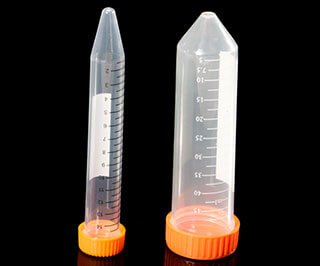 When we use the centrifuge tube, do not use one tube multiple times, pay attention to sample volatilization and leakage of some radioactive or corrosive samples; in the storage process, it must be sealed well; to prevent the centrifuge tube during use Deformation occurred in the process.

Do not place any material on the centrifuge cover. After each use, be sure to clean the inner cavity and rotor.

The centrifuge is a conventional laboratory centrifuge, widely used in biology, chemistry, medicine, and other scientific research and education and production departments, suitable for the rapid separation and synthesis of trace samples.

When a sample containing several components is centrifuged in a high enough centrifugal field, each particle reaches its maximum sedimentation velocity, and the sample begins to separate. The upper layer of the centrifuge tube gradually forms a transparent supernatant and forms a series of concentration interfaces corresponding to each component of the sample. The movement of the interface is characteristic of each component.

Although the purification and separation of components may not be achieved by this method, the sedimentation rate of each component can be measured by monitoring the movement of the interface. To achieve separation between the components, the centrifugation process must be stopped after the desired sample has settled. The deposited sample is resuspended in a new solvent and centrifuged at a slower speed to allow large particles of contaminants to settle, while the purified sample remains in the solution. After repeated centrifugation, a pure sample can be obtained. The method is called differential sedimentation centrifugation, which is very useful for separating cell components. The separation of different components can also be achieved by gradually increasing the speed.

This method is very similar to the PH gradient isoelectric focusing method in electrophoresis. During centrifugation, the particles settle or float up according to their density until they move into the solvent gradient with the same density as their own. The result depends on the sample. The difference in material density forms zones in the gradient solvent.

In the experimental method, the method of preparing a density gradient solution in advance can be used. Generally, two stock solutions are prepared first, and their concentration determines the limit of the final gradient solution. The density can be reduced step by step and gradually add the liquid from the bottom to the top of the centrifuge tube to form a discontinuous gradient solution, or a gradient mixer can be used to generate a continuous gradient density. The stock solution is generally prepared using a two-density sucrose solution or a two-density cesium chloride solution. The sample is usually spread on the surface of the solution and then centrifuged.